The NFL Draft starts at 8:00 PM EST tonight. You can follow the draft coverage here 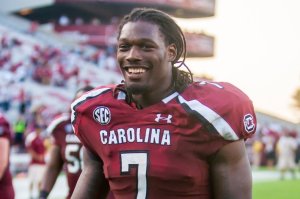 Amid all of the hype for other players this season, expect Clowney’s name to be called first at the NFL Draft (Via Jeff Blake/US Presswire)