In what could be one of the strongest draft classes in NBA history, the night is finally here for the 2017 NBA Draft. With that in mind, here’s a look at my first round mock draft:

Zach Malamud is a contributing writer for Dabuzzza. He is a radio host of The Plainview Blitz on WPOB 88.5 FM. He loves soccer and basketball and finds himself watching Manchester City on a regular basis. His favorite athletes are Derek Jeter and Kevin De Bruyne. You can follow him on twitter at @Zachmalnyy

As you know, the NBA season began last night. However, we decided to release our predictions today marking our ONE YEAR ANNIVERSARY. Thanks for your continued support over the last year and thank you in advance for your support in our second year! Feel free to comment with your own opinions, as these are simply ours. Without further ado, we present our 2014- 2015 NBA Season Predictions:

The choices seem to be down to three: Jabari Parker, Andrew Wiggins or Trade out. While nobody would ever imagine trading out of the first pick in a draft where there are such high ceiling players, we ARE talking about the Cavs. One rumor has the Orlando Magic offering the 4th and 12th picks plus scoring forward Aron Afflalo. If Cleveland is truly in love with Joel Embiid this might make some sense as they could try to add Embiid with the 4th pick and add a second lottery pick and a good player in return. On the other hand if Embiid’s injury problems are chronic and Wiggins or Parker turn out to be…well you know the rest. As for Parker, there are rumors swirling that he wants no part of Cleveland and would be much happier in Milwaukee. If I am the Cavs I would not listen to anyone or anything and just take the best player, pair him with Kyrie Irving and move on. In my eyes that would be Andrew Wiggins. Wiggins has the most upside of anyone in the draft and will be a future star in the league.

Is Embiid’s injury bad timing or good timing? Depends who you ask. I would say bad timing for Joel Embiid but maybe lucky timing for the Cavs? As the draft banter has progressed in the last month or so all I kept hearing was Embiid was going first to the Cavs who were drooling at his potential. My thoughts? Always take the best player which to me means Andrew Wiggins 1st, Jabari Parker 2nd and Joel Embiid 3rd. I wondered if Cavs management had been stuck in a cave for the past 30 years and never heard the stories of Sam Bowie and Michael Jordan or Greg Oden and Kevin Durant? Is it possible they would pass on Wiggins and Parker to pick the injury prone big man with potential? Bad timing for Philly who at pick number 3 had to be giddy in thinking the Cavs would leave them Wiggins or Parker. How lucky can Cleveland be? First they come all the way up to win the lottery and snag the 1st pick and then an injury might actually force them to take the best player? WOW!! With that said, please understand that this is not to denigrate Joel Embiid who is an exceptional prospect. Just not the top prospect. So where does he land? I think the highest spot he could go is 3rd. The 76ers will choose between Embiid and Dante Exum or possibly maneuver within the top 6 or 7 with someone who will take a shot at Embiid. I don’t think he will last past Boston at number 6 and the teams most involved seem to be the 76ers, Celtics, Lakers and Magic.

When you are chasing free agents of this magnitude there are always two things to remember. First, the more cap room you have the better off you are and second, only one team gets them and the rest are left in limbo. So what does this mean for the draft? Teams will look to couple expiring deals with draft picks to create room for marquee names. The Lakers have already offered #7 with Steve Nash’s contract to suitors. The Bulls are looking to offload their 2 first rounders with Carlos Boozer to fit a max guy. Houston, Miami and OKC are all looking at moving out of the bottom of the first round and into the top of the second round where contracts are not guaranteed. The NBA draft has become a chess board where cap space has become more valuable than a mid level prospect. Expect to see at least a half dozen and potentially more first round picks move tonight. All the movement will be designed to free up valuable space and the beneficiaries of that could be teams like Philly, Utah, Detroit, Phoenix, Cleveland and Milwaukee. Those are the key teams that will have the maneuverability to add a player with an expiring contract without trading one away plus get a sweetener in return. Should be a very interesting night.

I will not include trades but I expect at least 6 or 7 and maybe as many as 10 or 12 before the night is over.

This is the first of a weekly article that will provide you with the most intriguing games in sports for the upcoming week. If yesterday’s football games proved anything, it was that this is going to be an exciting week in sports. So let’s get to it! Here is the first installment of Stay Tuned:

With the first week in the books, the second week of the NBA season looks to be just as exciting.

Two of the top teams in the Eastern Conference square off in a showdown in Bankers Life Fieldhouse. Derek Rose goes head to head against Paul George and the undefeated Indiana Pacers. This one is a must watch.

The Clippers head into South Beach after the Heat’s rough week last week. The Heat opened up the season going 2-2, and they’ll try to pick up the pace moving forward.

Division standings are starting to take form, as we are now one month into the season.

Two of the brightest stars in the NHL will face off in this epic battle at the Verizon Center. John Tavares leads the Islanders into Washington, where Alex Ovechkin and the Capitals sit at .500 on the season. Only one point separates the teams in the standings, so it should be a good battle.

The Rangers and the Penguins have had bad blood for a while now, and Wednesday night should be no different. Watch these division rivals square off and Madison Square Garden come alive in this week’s Wednesday Night Rivalry.

There’s nothing as wild as a Canadian clash. The Habs head to the capital city to take on Erik Karlsson and the Senators. A must watch game in Canada.

This Friday marks the start of the college basketball season and there are a few games to stay updated on.

This is sure to be a good game at the Barclays Center in Brooklyn. A small Maryland team took a hit, losing 7’1” center Alex Len. The Phoenix Suns selected Len fifth overall in this year’s NBA draft. Maryland will face a tough test though, going up against a much bigger UConn Huskies team.

Barclays Center will be the site for this Friday’s showdown between Maryland and UConn. (Via AP)

Coming off a first round loss to Cinderella story Florida Gulf Coast in last season’s NCAA tournament, it’ll be interesting to see Georgetown without Otto Porter, who was selected by the Washington Wizards as the third overall pick in this year’s NBA Draft. They face number 19 ranked Oregon in the Armed Forces Classic in South Korea

Not much needs to be said here. The Ducks take on the Cardinal in a heated rivalry matchup. 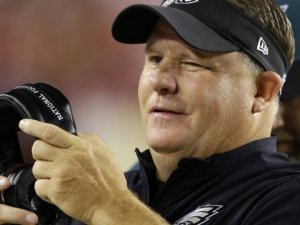 No Chip Kelly for the Ducks here, but they’ll still step up and try to take down Stanford (Via AP)

The time has finally come. The NBA season starts today, and we’d like to make some predictions on what we think the NBA will have in store for you this year. We’ve included our picks for the playoffs, as well as the end of season awards. Feel free to comment with your own opinions, as these are simply ours. Without further ado, we present our 2013- 2014 NBA Season Predictions: