As a native Minnesotan, it’s hard to feel anything but apathetic about Gophers football. So far this season they have exceeded everyone’s expectations but their own. Jerry Kill and this coaching staff have turned this team around, especially by playing to the strengths of the running game. Junior running back David Cobb has burst onto the Big 10 this season, rushing for 942 yards thus far and averaging 142 yards in Minnesota’s last four games. The key matchup will be this heavy run attack going up against a Wisconsin defense that has impressed all season. New defensive coordinator Dave Aranda’s switch to a 3-4 scheme has worked wonders for the run defense, which ranks fifth in the country with 4.3 yards per carry for opponents. Last week the Badgers’ defense held an Indiana offense that is averaging 40-plus points per game, to just a field goal. The Gophers have their hands full on defense, with Heisman Trophy sleeper, sophomore running back Melvin Gordon and dynamic playmaker Jared Abbrederis highlighting Wisconsin’s offense. The main storyline here is the renewed rivalry. Wisconsin has won the last nine meetings but both teams go into the game at 8-2, making this matchup relevant for the first time since 2002. This Saturday will also mark my first Gophers game at TCF Bank Stadium, which should be cool. 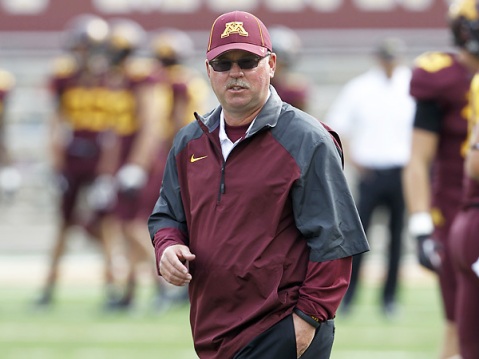 Those poor Baylor Bears, they have to win out the rest of the season with no guarantee that it will even matter (sound familiar Ohio State?). This is arguably the hardest opponent on their remainder of their schedule and all signs point to a shootout. Baylor and Oklahoma State rank first and fourteenth respectively in points scored per game. I was surprised to see they both rank in the top-fifteen in points allowed per game but both defenses are inconsistent. For example, Oklahoma State held Mississippi state to three points and gave up 35 the next week to UT-San Antonio. However, OSU had a nice 52-34  win week 8 over Texas Tech, a team with a potent offense like Baylor’s. Both teams feature great passing offenses. Clint Chelf has impressed replacing JW Walsh at quarterback for OSU. While Baylor’s Bryce Petty sits third on most hypothetical Heisman ballots (including mine). The edge on offense here goes to Baylor because of their running attack. Star junior Lache Seastrunk is still injured but freshman Shock Linwood has replaced him effortlessly and has 812 yards on the season. Add Petty’s 10 rushing touchdowns and the ground as dangerous as the air against Baylor. Both teams rank higher than I would have expected. There are Big 12 title (and possible National Title in Baylor’s case) implications. The last 10th ranked team Baylor played was the Oklahoma Sooners on week 9, and they won by four touchdowns.

In last season’s matchup on 10/20, LSU defeated Texas A&M 24-19. Johnny Manziel played probably his worst game of the season finishing 29-59, 276 yards, 0 TD, 3 INT, and just 27 yards rushing. That was in College Station. This year the Aggies travel to Death Valley for the first time in the careers of head coach Kevin Sumlin and repeat-Heisman hopeful Johnny Manziel. For LSU to earn a second straight win against A&M, they’ll have to keep the ball out of Manziel’s hands and that means running the football. Sophomore running back Jeremy Hill is averaging 6.8 yards per carry, totaling 964 yards and 13 touchdowns through week 10. He had 127 yards and a touchdown on 18 carries in last season’s game and can expect to see a lot of action for LSU to keep the clock moving. Senior quarterback Zach Mettenberger and junior wide receiver Odell Beckham are one of the deadliest QB/WR duos in the SEC. In the midst of a breakout year, senior quarterback Zach Mettenberger will at least have to play the “game manager” role well and above all, not turn over the ball. That was the key last season where LSU won the turnover battle with zero to A&M’s five. How well Manziel and A&M’s offense plays depends on LSU’s defense which has been inconsistent this season. Head coach Les Miles plans to regularly rotate two to three players at every position on defense to limit fatigue versus an athletic no-huddle offense. We’ll see if they’re up for the challenge, Manziel, Malena, Evans, and the top offense in the SEC have a tendency to tire out a defense.

is a senior English major at St. Olaf College and aspiring sports writer. He was raised in Minnesota, favorite teams are the Vikings, Wild, and Twins. Favorite athletes are Randy Moss and Jaromír Jágr.