Nick Foles just threw seven touchdowns. If any player is looking like they are on fire right now, it has to be the man who just threw SEVEN TOUCHDOWNS. The Eagles need to continue their push for a playoff spot in the weak NFC East. The Packers, now missing Aaron Rodgers for multiple weeks, now have an offense that is going to seem like a shell of what it was just a week before. Yes, they didn’t look terrible when playing the Bears defense. However, when a defense has a week to prepare for the Eddie Lacy running show, it shouldn’t be too hard to stop.

The Jaguars are simply the worst team in the NFL. They had their best week of the season so far in Week 9 where they did not lose thanks to a bye. Now they have to face a determined Titans team, with a decent passing game with Jake Locker and a rejuvenated rushing attack with Chris Johnson. Not much needs to be said when it comes to playing the Jaguars. Just mark the game as a W on the calendar and start preparing for next week.

The Bills finally have their starting quarterback back. First round pick EJ Manuel is in the lineup this week after suffering a sprained right knee. However, the result of the game will not have much difference than most of their games this year. The Steelers are still a tough defense, and should be expected to pull out a win in this matchup of hopeless teams.

The Raiders will only be able to present a big problem if they do what most teams in the beginning of the season did to Eli Manning: interception after interception. However, Eli hasn’t looked as much like that during their two-game winning streak and the offense seems somewhat rejuvenated ever since signing Madden 12 cover man, Peyton Hillis. The Giants are also the 9th best running defense. That is helpful against a Raiders team, where all they seem to be able to do is run the ball, especially with their best rusher, QB Terrelle Pryor. 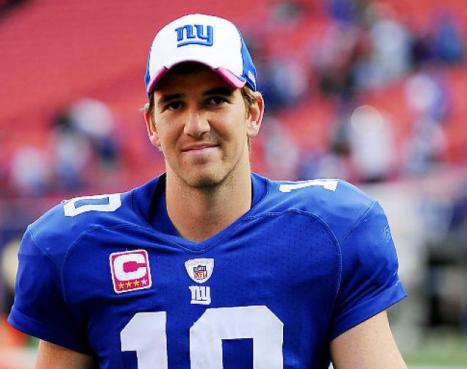 The Rams defense is really tough. They held the Seahawks to 14 points and barely let the Titans get the win last week. They can make the pocket a living hell for Andrew Luck and running the ball a disaster for Trent Richardson and the rest of the company of the Colts running backs. The thing is that Andrew Luck is much better than the QBs that the Rams stopped over the last two weeks. The Rams also have the issue of having an unclear offensive strategy. Their running game has looked great with RBs Zac Stacy and Daryl Richardson. However, the passing attack has been weak and there is a lack of confidence in it with backup QB Kellen Clemens at the wheel. Expect that to continue this week.

The Falcons just continue to look like a shell of the team that won the NFC in the regular season just under 12 months ago. And the Seahawks have taken that spot with pride. Seattle may have had issues with the winless Buccaneers, but that should go away after some preparation for a Falcons team that just can’t play a good football game anymore. The Seahawks should be able to get back to dominating their opponents and take care of the Falcons without a scratch on them.

The Bengals are one of those confusing teams. After going out and scoring 49 against one of the top defenses in the league (the Jets), they then have issues and lose to the Dolphins. However, the Ravens still don’t look great and still are not the team of last year. Plain and simple in this AFC North matchup, the Bengals have the top spot and will show why with a win this week.

The Lions have looked great this year on offense. Not surprisingly, the connection between QB Matthew Stafford and WR Calvin Johnson Jr. has looked terrific, but also the performance of their running backs. The one-two punch of Reggie Bush and Joique Bell has looked spectacular this season. Jay Cutler is expected to return but how game ready is he?  This will be a toughly fought game, but expect the healthy to defeat the injured.

This has a chance to be the best matchup of the week. Here are two of the hottest teams in the NFL going head to head in a matchup with big playoff implications. Both mobile quarterbacks, Cam Newton and Colin Kaepernick, have finally gotten back to their level of play in the beginning of their careers. Both defenses have been holding their opponents to under 20 points in their last two games. This is the game to have your TVs set tuned into in a matchup of possible future Wild Card teams that may even play each other later in the playoffs.

Someone tell the Cardinals that they are supposed to be bad. That they shouldn’t be .500 on the season and crushing Atlanta. Led by RB Andre Ellington, the Cardinals have looked much better than they should have been this season. But to that same fact, why is this undrafted rookie for the Texans, QB Case Keenum, doing so well? Also, despite their record, the Texans have the best total defense in the NFL. The Texans are prime for a comeback game after…well their terrible season.

Why did the NFL have to put this game on at the same time as the Panthers-49ers game?  Another great matchup is going on with the Broncos, who look almost indestructible, going against what might be the biggest surprise team of the year, the Chargers. Philip Rivers is having a comeback year for the century, playing like a top five quarterback. However, he is up against the best QB this season, Peyton Manning. This should be a great scoring matchup in which we see these two QBs show us why they are among the best in the league.

The Cowboys are much better than their record shows. They have a top 5 QB this season in Tony Romo, a strong defense, and a chance to take a huge step above everyone else in their division. On the other side, the Saints just got beat by the Jets in a game they should have had little trouble with. Expect the passing attack of the Cowboys to do much better than Geno Smith did last week and Demarco Murray to have a good game against a weak Saints rushing defense.

All the talk about this game has been about the Dolphins. Not the game itself, but instead the terrible locker room bullying situation in Miami. However, let’s relate that to the game. The two players who aren’t on the field for the Dolphins this week, Richie Incognito and Jonathan Martin, were starting offensive lineman. This will make life a living hell in the pocket for QB Ryan Tannehill this week, missing 40% of his usual line. The Buccaneers are also looking for that precious first win of the year. They almost got that last week against the Seahawks. Expect them to carry over that momentum into this inner state game. Also, don’t forget that QB Mike Glennon hasn’t looked all that terrible since taking over. He has five more TDs than INTs and 60.3-completion percentage.