Reaction to the Ellsbury Signing

If you did not get the chance to hear yet, Jacoby Ellsbury signed a multi million-dollar contract last night. No, he won’t go for a second straight title with the Boston Red Sox, but rather he has decided to sign with their number one rival. Yes, Ellsbury is a member of the Evil Empire and will be wearing pinstripes next year, and with the money he now making, I think he will survive shaving off his beard. Ellsbury over the next seven years will be making $153-million and will be making well over $20-million per season. This was after he denied Boston’s $14.1-million qualifying offer, so he obviously made a good financial choice. So the question lies, was he worth the deal? Ellsbury, who is now 30 years old, will be playing in the Bronx most likely until he is 37. Ellsbury is known for his quickness, great fielding ability, and contact at the plate. Although, his power, and on base percentage has been inconsistent. Some people may call Ellsbury a five-tool player, but besides 2011, he has never really been known for hitting the long ball. Ellsbury, who has been playing for seven seasons, has found himself getting substantial injuries in two seasons. In 2013, Ellsbury was healthy for much of the season, and had a batting average of .298, with 52 stolen bases. 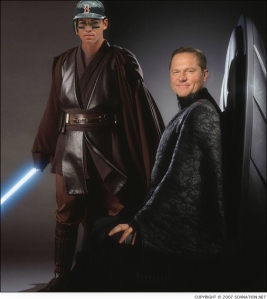 With the help of his agent Scott Boras, Jacoby Ellsbury joined the Evil Empire, and signed a seven year deal with the Yankees (Via Sox Nation)

Even though he has proved to still have potential to be an MVP candidate, I don’t not believe this was a smart contract. By the middle of his contract, it’s doubtful Ellsbury will be able to steal 50 plus bases, as he does so well. Additionally, he has proven to be an injury threat, and it just isn’t worth it to pay a guy $20 million in a season who has battled injuries, and is running out of his prime. The Yankees signed Ellsbury to make a statement, they wanted to prove to the fan that we have money, and we will spend it. They already made a statement signing McCann to his overpriced deal, and it is no surprise that Ellsbury got equal treatment. Congratulations Yankees, you have achieved what you have always done best, spending money for current talent. In four years from now when Ellsbury is 34, batting .270, and stealing 15 bases at most, all were going to hear about is what a terrible deal this was. These big $100 million dollar deals for veteran stars always ends in terrible fashion especially when they come from another team. Don’t forget A.J Burnett, and Carl Pavano, and Alex Rodriguez. The Yankees have a history of these disastrous contracts, and Ellsbury will soon be added to this list.

Sam Breiter is a high school senior at Plainview- Old Bethpage JFK High School. Sam is looking to major in sports management, with a minor in communications next year.  He is the co-founder of dabuzzza.com. His favorite teams are the Mets, Giants, and Knicks. You can follow him on twitter at @baseballbreiter