The puck drops in Los Angeles tonight as the New York Rangers and Los Angeles Kings will battle it out for all the marbles. It should be a great series, as both teams deserve to be there. After missing out on the finals berth last year, the Kings return to hockey’s biggest stage for the second time in three years. At the same time, the Rangers return to the Stanley Cup Finals for the first time since 1994.

An interesting matchup to say the least, the series will feature two of the top goalies in the league going head to head. Henrik Lundqvist has stood on his head, making some pretty acrobatic stops these playoffs. If it weren’t for him, the Rangers would probably not be playing in this series. With a 2.03 goals against average, he has carried them the distance and hopes to continue that over the coming games. On the other side of the rink is Jonathan Quick, who will look to capture his second Stanley Cup. He’s had quite the experience in net, and that should help as he has been playing well this playoffs. 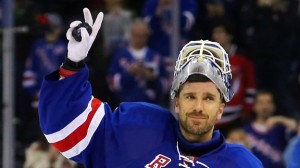 Defense should be a huge part of this series. The Kings can score in a blink of an eye, and the Rangers…well let’s just say they can thank the opponent’s lack of defense for a handful of their goals during the playoffs. The Rangers shot blocking may be the storyline going into this one. Dan Girardi, Marc Staal and Ryan McDonagh have led the charge on that front. The Rangers did a good job holding down PK Subban, but it’ll be interesting to see how they do with the quicker Jake Muzzin and Drew Doughty.

Well not a lot of debate here. The Kings average 3.48 goals per game. The Rangers average 2.70. The Kings scored 28 goals in their seven-game Western Conference Finals series. The Rangers scored 19 goals in their six-game Eastern Conference Finals series. It’ll be interesting to see Marian Gaborik this series. The former Rangers forward leads all playoffs scorers with 12 goals. Jeff Carter, Anze Kopitar and Justin Williams will all play a major role as well. For the Rangers, the newly acquired Martin St. Louis leads the way, as well as Rick Nash, who hasn’t done much this postseason

At the end of the day, the Kings are the better team. Don’t think that the Rangers will go down easy though.