October is upon us which means that we’re officially less than a week away from the start of the 2014-15 NHL Season. So before the season starts next Wednesday, I’ll give you a look at each of the 30 teams by division and then give you my predictions. So without further delay, let’s begin this year’s preview with the Metropolitan Division.

Carolina Hurricanes
With Jordan Staal out until at least December, the Hurricanes will have to rely on his brother Eric, who comes off of the least productive season since his rookie season, and Jeff Skinner. Carolina brought in new head coach Bill Peters as they undergo “a transition” to performing well once again. Cam Ward is still in net, and that’s great, but the Hurricanes are not expected to do much this season.
Columbus Blue Jackets
The Blue Jackets traded for Scott Hartnell during the offseason and that should provide an immediate improvement on the offensive end. Goaltender Sergei Bobrovsky will once again carry the team. Alexander Wennberg and Kerby Rychel are two young players that provide hope for the future. On the defensive end, Jack Johnson and James Wisniewski will man the blue line for a Blue Jackets team that hopes to return back to the playoffs.
New Jersey Devils
The Devils made some great offseason additions, bringing in Mike Cammalleri and Martin Havlat. Adding them to a forwards group that includes Jaromir Jagr, Travis Zajac and Patrick Elias turns the Devils into an intriguing team. The team said goodbye to the NHL’s all-time winningest goaltender Martin Brodeur at the end of this season. They’ll instead opt for Cory Schneider to become the full time starter in net and brought in Scott Clemmensen to be his backup. It’ll be interesting to see how the Devils compete with the rest of the division. 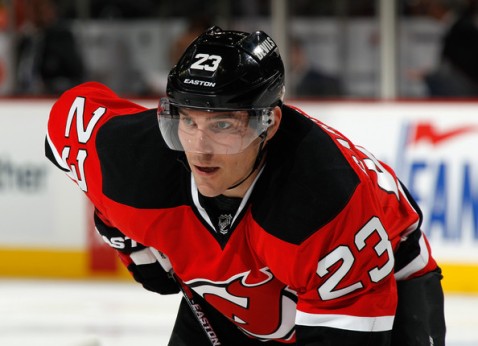 Mike Cammalleri will have a fresh start, as he joins the Devils (Via Bruce Bennett/Getty)

New York Islanders
This preview was scheduled to go up earlier this morning. However, there were rumblings  that Garth Snow was on the phone with a few teams and so I held off on it. The Islanders acquired Nick Leddy from Chicago and Johnny Boychuk from Boston this afternoon, changing the face of the team. Here’s the updated preview:
The Isles went out this offseason and brought in some great players. In free agency, the Islanders signed former Toronto Maple Leafs Mikhail Grabovski and Nikolai Kulemin, who could possibly be paired on the second line. Grabovski may also be used on the number one power play line alongside John Tavares and Kyle Okposo. On defense, the recent acquisitions of Johnny Boychuk and Nick Leddy prove that GM Garth Snow is playing to win now. They also have Griffin Reinhart and Calvin de Haan, providing hope for the future. In goal, the Islanders situation may have finally been settled. Jaroslav Halak will take over for Evgeni Nabokov, who signed with Tampa Bay. Former Boston Bruins net minder Chad Johnson was also brought in and will likely serve as Halak’s backup. For the first time in recent Islanders history, they’ll have two polished veteran goalies. The Islanders will be playing at Nassau Coliseum for the final season and the stakes are going to be high, so the Isles look to go out in style and reach the playoffs.
New York Rangers
The Rangers lost a bunch of key players this Summer including Brad Richards, Anton Stralman, Brian Boyle, Benoit Pouliot and Derek Dorsett. Their only major signing was 38 year old defenseman Dan Boyle. Henrik Lundqvist will still be great in net but it should be interesting to see how head coach Alain Vigneault makes his lines, especially after losing top center Derek Stepan to a fractured fibula.
Philadelphia Flyers
The Flyers haven’t had much going for them since going to the Stanley Cup Finals a few seasons ago. They added Michael Del Zotto and R.J. Umberger. They also have Steve Mason in net and are hoping that he improve this season. They’ll struggle but it’ll be fun to watch the line of Claude Giroux, Jakub Voracek, and Wayne Simmonds.
Pittsburgh Penguins
The Penguins added Patric Hornqvist, Steve Downie, Blake Comeau and Christian Ehrhoff to an already deadly threat in the Eastern Conference. The power play is always fantastic and with a line like Malkin, Crosby and Hornqvist, I believe that it’ll be the best in the league this season.
Washington Capitals
New coach Barry Trotz is defensive minded and that should help the offensive powered Capitals. The additions of Brooks Orpik and Matt Niskanen make for a crowded blue line in our nation’s capital. They’ll join John Carlson and Mike Green on defense. Calder trophy candidate Evgeny Kuznetsov should make a huge splash into the NHL and could see time on the power play with Alex Ovechkin and Nicklas Backstrom.